This dress is a part of Keemia’s Summer ’09 dress and it is MAGNIFICENT. The feather detail is beautiful and I think it’s perfect for dressing it down for day or at night.

Known for their signature sunglasses, Ray Ban decided to take on a new approach for 2009. The company is set to release their new “colorize kit” so you can create your very own pair of Ray Bans, a  set complete with paint markers, stencils, and a blank pair of wayfarers! This new DIY product is estimated to be sold at about $130 – I’m not exactly sure yet. Would you shell out that much for a customized pair designed by yourself? I think I would just be worried about messing up and being unhappy with the final product that was so costly.

Listening to: Minus the Bear – We Are Not a Football Team 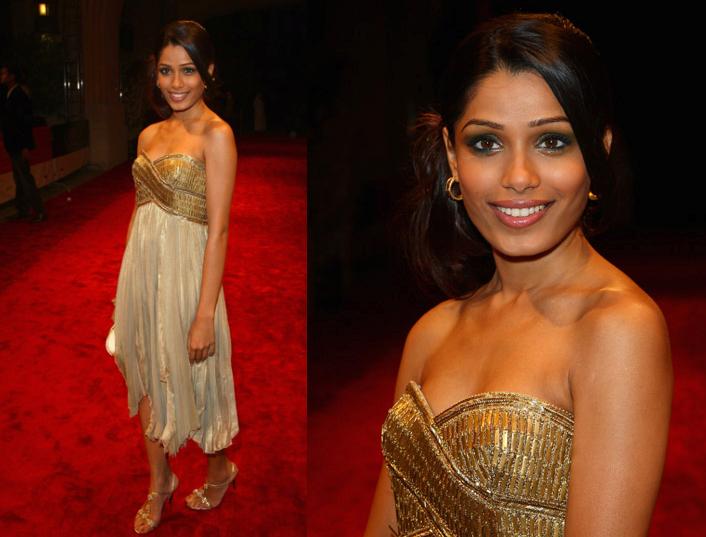 …She has impeccable style and she is gorgeous.

Listening to: Bloc Party – So Here We Are

I wish the American Apparel models would look happier. Seeing their poor faces doesn’t really make me want to buy their clothes – same goes for their poses. Due to the poor and failing economy, it only makes sense that clothing and retail stores aren’t doing so well either. Macy’s is closing over thirty of their stores across the country. Sixteen-year old designer Kira Plastina filed for bankruptcy having opened a handful of boutiques for less than a year and has basically retreated back to Russia for the time being. And many many designers are even opting out of the Fall 2009 Mercedes-Benz fashion show held in Bryant Park next month as a way to “cut back”. Why does it seem like everyone is suffering when American Apparel seems to be rising above it all? Everyone knows I love this store, but c’mon simple basics do NOT need to be so expensive.While other competing stores are declining, American Apparel managed to gain 3% this past December. Despite that fact, I hold American Apparel very dear to my heart as well as the raglan pullover as shown above… that I happen to be wearing right now as I type this in Tangerine… which I purchased as a Christmas gift to myself last month before heading back up to school.

I haven’t been able to stop raving about Slumdog Millionaire. If you haven’t seen this movie, you need to. It is so wonderful and refreshing. Last night the movie took home four awards from the 2009 Golden Globes: Best Motion Picture – Drama,  Best Director – Motion Picture (Danny Boyle), Best Screen Play – Motion Picture (Simon Beaufoy) and Best Original Score – Motion Picture (A.R. Rahman) The awards were all well deserved I’m not surprised at all. And it’s obvious that Freida herself – who made her debut in Slumdog as Latika – has been mentioned almost everywhere I have seen today as one of the “Best Dressed,” wearing Christian Lacroix. I don’t think the hype will be over anytime soon; I’m so excited to see what’s in store for Slumdog’s main characters Dev Patel and Freida Pinto. I think Freida has been looking radiant lately in her red carpet wear, she’s giving my all time favorite style icon Camilla Belle a run for her money.

Does anyone else find this funny also?! Those are my danger babies with the two characters from Real World. I was just doing my daily read of Ohnotheydidnt last night when I came across a Real World Brooklyn personal pictures post. Expecting to see a whole bunch of partying pictorials (And I did) I then saw Andrew’s FACE and did a double take.  Hmmm are kids from Real World just catching a Danger: Radio show? There was also a somewhat hilar caption underneath this picture as well on the site…

These guys are anything BUT hipster kthanx.

ALSO Danger Radio will be having a show with The Scene Aesthetic and three other bands I don’t know in Seattle at El Corazon on Jan 27 at 7:30.

Is mashup just a little bit more fun than the outdated, overrated, mainstream music that is recycled constantly for months? Every now and then I’ll come home and listen to the radio in my car (93.3, 106.1 etc) when my Ipod transmitter fails but, that music comes and goes. I think the  appeal to mashup is that it incorporates some of our current favorites ie. mainstream with stuff we listened to years ago. It puts together the unlikliest of pairs, rock and techno, rap and pop. I have been a devoted Gregg Gillis fan for two years. I was convinced that Girl Talk was the one and only and no other mash up could compare. That statement is still true… but Nicolas Fenmore and Dick Fink of the Super Mash Bros come in a VERY close second. I first heard them back in September blaring from a laptop of another student in the lobby of my building while studying. It was none other than my friend Max himself. Immediately I thought, GIRL TALK. How did this guy get new stuff before me…? I later found out from Max that these two were natives in his hometown of Los Angeles. Their name came up again recently hence this post.  Go check out their debut album – Fuck Bitches, Get Euros. It’s no Girl Talk but as quoted off another site, “Girl Talk’s hot cousin.”