Bernard Madoff, 71, received a 150-year sentence to prison yesterday after being charged for massive fraud. It had been suspected that he had defrauded investors of nearly $13.2 billion.

Some of his clients committed suicide after discovering they had lost everything. It amazes me today how much we are influenced by money and how trusting we can sometimes be. How did Madoff manage to hide that much money away from his clients? Why do we rely so much on non-visable cash such as debit, credit cards, stock, etc? Why do we trust people with something that will determine our lives? Someone who handles your money but you don’t know who they really are.

So what did you spend it on Bernie? How could you be so selfish? People trusted you and you hurt them in the worst way possible…non-physically of course (because according to Perez Hilton that is NOT OKAY!)

Obviously, he’s not gonna live 150 more years, but he ruined a lot of peoples’ lives.

This one’s for you Cyril!

Megan Fox, how did you get to be so gorgeous?

HELLO did anyone remember her from Holiday In The Sun w/ Mary Kate and Ashley and Confessions of a Drama Queen with Lindsay Lohan? How this girl became a star in a day is something I will never understand. Can she act? I didn’t pay attention to her in Transformers.

Ya girl got a nose job!!

Seattle’s very own dance crew the Massive Monkees are in the process of auditioning for MTV’s fourth season of America’s Best Dance Crew!

This will be their second time auditioning as they did not make it through to the next round in season two. Known for performing during the Supersonic basketball home games at Key Arena and with artists such as De La Soul, Nas, 50 cent, Jay-Z, Missy Elliott and Beyonce, this group has great potential.

The premiere of the new season will be on August 9th so tune in to see of our crew will be able to represent!

Unsure of how talented this crew really is? Check out the video below for yourself. 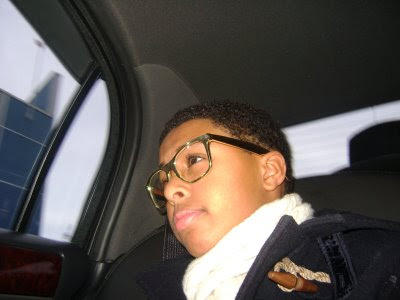 One of my favorite past time shows on MTV is Run’s House. I haven’t been watching this new season lately, but while I was just doing my blog roll I stumbled upon some news that Diggy, one of Run’s sons actually has his own blog.

Well, I needed to check it out.

He’s had it for about as long as I have and I discovered he’s very into architecture and fashion. Some of his own links on his blog are websites that I look towards for news.

To check out the “Life of A Jet Setter,” click HERE to read more about mini celebrity Diggy.

Anyone ever heard of Cute Overload?

There’s no such thing as loving cute animals too much I suppose.

It’s basically a site where people can send in pictures of their own animals in cute positions or being cute in general.

This is my favorite: And this little owl? Precious!

This photo was done by David Sykes

“This latest piece of personal work is all shot in one shot on 5×4 transparency. I comissioned a model maker, Ridley West, to make a giant plate that we could attach to the wall, and with the help of Jennie Webster who sourced some amazing balloons, this shot was the result.”

My project for the year is halfway done!! I have 5 ish months to go until I have successfully kept my blog alive for one year.

Will I continue the blog after this year is over? I have no idea haha I won’t really be able to determine that until I’ve reached the end.

I just wanted to share some statistics slash facts with you all.

–  I never wanted to name this blog “Yow Yow!” When I first started, I didn’t have a title for the blog so I put that saying in there temporarily thinking I would change it later but I forgot. I actually credit that saying to Miss Sokina.

– I have worked with one marketing company since the creation of this blog and have entered one contest.

– All of my headers are shot by Mark Hunter of The Cobrasnake and I change them monthly.

– I have had one heated scandal on my blog – The revealing of Dora the Explorer’s new look. Who knew that would be so controversial?

– My blog does not count my own visits.

I guess all I have to say is thank you! I never expected this blog to reach any outside sources. When I created it I thought it would only be for my friends back home and at Seattle University, but I’m excited about the attention it is receiving and I’m having a lot of fun while doing it. If you have any questions for me feel free to ask and I’ll answer them in a blog post.

To see all thirteen winners in the Northwest click here