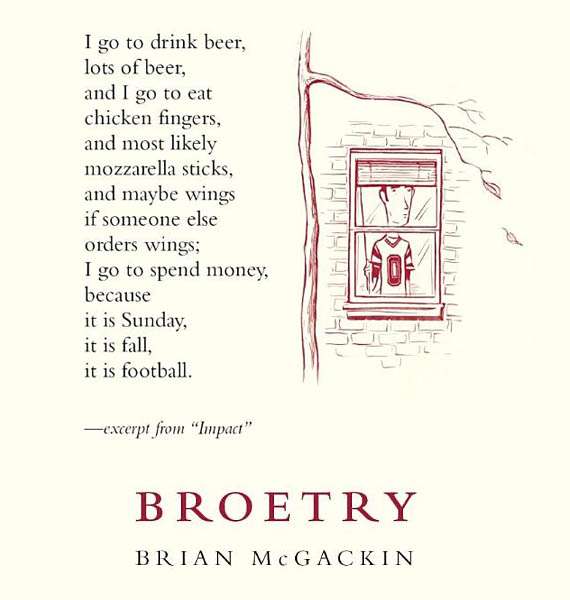 Who says bros don’t enjoy a good read every now and then? Brian McGackin has written a number of poems for his new book “Broetry” sure to be near and dear to the hearts of bros all over the country.

– Before Dov Charney founded American Apparel, he was just an innocent Fashionisto. [Source]

– Vanessa Hudgens was caught smoking last night while she was out and when she was spotted, homegirl went ballistic on the paps. [Source]

– Netflix‘s genius plan of increasing their prices will cost them an estimated 2.5M subscribers. I hope it’s worth it Netflix!

– Alexander Skarsgard and Kate Bosworth have called it quits. [Source]

– Nickelodeon bringing back the 90’s was a great idea because ratings have skyrocketed! [Source]

– Kristin Cavallari had a “Carrie Bradshaw” moment in which she posed in a wedding spread before her wedding, which unfortunately, was called off earlier this week. [Source]

– Alexander McQueen’s exhibit hours will be extended to midnight on its last days August 6th and 7th. [Source]

– Meanwhile David Beckham will collaborate in a collection for H&M. [Source] 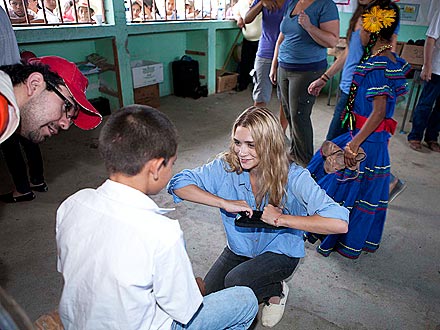 – Terry Richardson will be releasing a photo book in which he will compile 10 months worth of photos that he had taken of Lady Gaga while following her around in a project. [Source]

– The Kings of Leon show in Dallas abruptly ended last night 30 minutes in because Caleb Followill stormed off the stage to go throw up after being too intoxicated and…never returned. Fans in Texas are not impressed. [Source]

– Lauren Conrad hopes to open up a cupcake shop in Hollywood. [Source]

– Po Dog on the Ave will be converted into a bar called “Detention.” How educational of them. [Source]

I am in awe of these photographs taken from rooftops. Not only do they make phenomenal pictures, but it’s obvious that they were taken from the edges of buildings and skyscrapers. This is enough to terrify just about anyone, but there’s no denying that these views are breathtaking.

To view the rest of the photographs, click here.

Is it weird that I want to eat at Skillet Diner every day just so I can try the daily changing Skillet Scramble? My hipster hunk Matthew Gray-Gubler recently posed with model Lily Donaldson in these new advertisements for Aldo. Shot by Terry Richardson, Gray-Gubler and Donaldson show off their silly and quirky sides as they promote the new collection set to be released during the holiday season.

END_OF_DOCUMENT_TOKEN_TO_BE_REPLACED This is the first I am ever hearing about the film, but it’s starring Ryan Gosling and George Clooney. And hey – this poster is kind of clever. Who knew that these two actually looked really similar? If Ryan grows up to look like George someday, then we are in good freakin’ shape now aren’t we?!

I have never really been a huge fan on celebrity-endorsed collections, but I have always been a fan of Lauren Conrad. Believe it or not, I’ve got a soft spot for Paper Crown. I was weary about her fashion venture after being just a reality star, but the girl has proved us all wrong. In fact, she’s worked her butt off just to get where she was today and she’s been through a lot. I’m not just talking her public breakup with long-time boyfriend Kyle Howard or her beef w/ Heidi and Kristin. Earlier this year, her new reality series with MTV was dropped suddenly on the brink of the debut of her new collection. However, Lauren doesn’t need the network to promote her line. She’s been doing it herself all along. Here are just a couple of my favorite images from the new collection, but you can view more at the source.

Egg in a basket. Egg in a hole. Egg in a nest. Call it what you want, I call this my breakfast, lunch, or dinner.

Hello readers – welcome to the meal of a college student!

Wu-Tang-Clan was searching for an intern for their management company earlier this week on Craigslist. Unfortunately, the post has already been taken down. It’s probably because they were receiving so many willing applicants, right?

To the person who has accepted this position – I hope you know what you’re getting into. Also, can you start a blog to share with us the details of your responsibilities. I was going to string along sentences of what I thought might be some responsibilities as an intern for the rap group, but I couldn’t think of anything.

Anyone else wanna give it a shot? 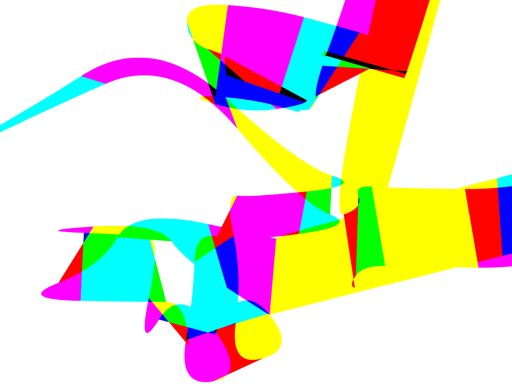 Get ready to have the least productive day of your life! I would like to invite you all to start your Friday a little bit early tomorrow morning by visiting Mirage Machine. It will probably keep you entertained for about an hour – more if you’re lucky!