Bombay Bicycle Club – How Can You Swallow So Much Sleep

Study break! This song, along with the Pumpkin Spice Latte that Wes made for me is motivating me to study for my last final and prepare for my presentation tomorrow. Oh winter break… you’re so close! If you’re looking for new music, just get this entire album. It’s the best.

Since today was a grayer day than usual, I thought this outfit was more appropriate. Veronica and I originally wanted to go outside to take this photograph, but out of laziness, we sort of decided on this one last minute instead.

END_OF_DOCUMENT_TOKEN_TO_BE_REPLACED

The top 10 most stressful jobs! Yikes!

I wish I could say that I had some place to wear all of these looks, but sadly I don’t for the month of December. That doesn’t mean I can’t still dream about owning these pieces, right? They’re gorgeous – especially this gold sequined jacket.

END_OF_DOCUMENT_TOKEN_TO_BE_REPLACED

When have I ever been able to stay away?

Listen to The Head & The Heart’s new single, “When I Fall Asleep” courtesy of Spin Magazine.

This should wake you up on this gray Wednesday morning in Seattle.

After Thursday, I am officially done with my fall quarter so unfortunately there won’t be any other posts today because I’ve got a presentation and a final to tackle! This song was one of my favorites as a kidlet so I thought I would bring back my favorite R&B hits again and it’s actually pretty funny if you can imagine a four-year old me singing to this song.

Have a great rest of your day! Check out some older posts. Check out some random posts. Leave comments, “like posts,” let me know what you think about the space street style! I’ll have another one for you tomorrow or two on Thursday.

(All photos by Jamie McCarthy/Getty Images)

I may not be a regular at Victoria’s Secret, but I am a huge fan of the annual fashion show that airs on CBS every winter. I’ve always had an interest in runway shows, but what sets this one apart from all the others is that the models actually LOOK like they are having fun. Seriously, don’t you agree? They’re smiling, they’re dancing…there’s 300 pounds of glitter on the runway. Just picture that for a second. You would die if 300 pounds of glitter were on top of you. And that’s scary, but that’s what makes the show so successful. Well, that and all the models and the lingerie you know…

And now a tribute to my favorite Angels!

END_OF_DOCUMENT_TOKEN_TO_BE_REPLACED 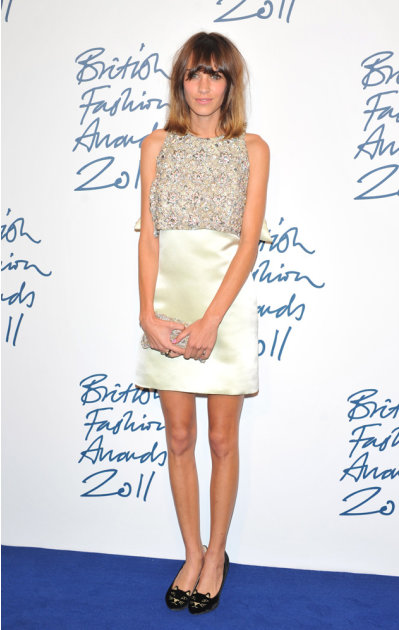 – “Like Crazy” actress Felicity Jones is the new face of Dolce & Gabbana. [Source]

– The Red Hot Chili Peppers are hitting the road again for their new tour. [Source]

“When her sister disappears, Jill (Seyfried) is convinced the serial killer who kidnapped her two years ago has returned, and she sets out to once again face her abductor.”

– Pretty Little Liars has been renewed for a third season! No surprise there. Looks like we have another year until we find out who A really is. [Source]

– Ricky Martin will be making an appearance on Glee next year. [Source]

– These breakout stars had a fantastic year in 2011. [Source]

– Conrad Murray has been sentenced to four years behind bars for the death of Michael Jackson. [Source]

This is my favorite part of being at school in December. THE ENORMOUS CHRISTMAS TREE! There wasn’t really any reason for me to be wearing my Christmas sweater vest today, but it was something that I bought last year around this time and I’m pretty much determined to wear it every time the holidays roll around.

I bought this vest for $3 and the details on it are amazing. They’re a huge distraction for me in class. Have any of you guys seen Melancholia yet? I just watched it over the weekend with my family and although it’s a pretty slow movie, it is absolutely beautiful. Kirsten Dunst has always been a favorite of mine since the Bring it On, Drop Dead Gorgeous days, and this film continues to prove that she is a dynamic actress with varying layers. These photographs of her in C Magazine are stunning.