Pitch Perfect co-stars Anna Camp and Skylar Astin are DATING. Weird right? I’d love to see him with Anna Kendrick, but it is what it is. Camp, 30 and Astin, 25 have been making public appearances together more recently at the premiere of Tru Blood. Camp will start appearing in the show next season. Camp is also in the process of a divorce with Pan Am acto, Michael Mosley. The two were married for three years.

A couple of months ago, Selena Gomez and her friends did some choreography to this video and I’m happy to see it made the cut! It’s actually pretty good for how simplified it is. Also, she makes a cameo in this music video as well.
Uncategorized
28 Jun 2013

As we heard recently, Mayor Bloomberg is coming in at full force to beef up the city and make it known as Silicon Alley. New York City has never been known for their tech environment, but that is about to change. Speaking at Spotify this morning, Mayor Bloomberg announced that the music application service plans to hire 130 engineers to join their team by 2014.

“Spotify’s decision to expand and grow here in New York City along with its plan to hire 130 engineers underscores the reasons why we’ve made such a strong push to increase the ability for students to study science, technology, engineering and mathematics,” said Bloomberg in a release.

Attempting to get into the music game, Microsoft is developing Xbox Music’s web client and Apple is doing the same with iTunes Radio. Will it be enough?

It will be interesting come fall to see who will come out on top.

“It’s amazing to witness how attitudes on gay rights have evolved in my lifetime,” said Jack Hunter, the artist behind next week’s cover, “Moment of Joy.” Hunter, who originally submitted his image, unsolicited, to a Tumblr, continued, “This is great for our kids, a moment we can all celebrate.”

This is the sweetest cover I have seen in a long time. What a way to warm my heart on a Friday morning…

On the day of Seattle’s Pride Festival, our Seattle Mariners will fly the rainbow flag at their game on Sunday afternoon

The gay pride flag will fly above the center-field bleachers alongside the American flag, the POW/MIA flag and the flags of the American League teams that always are on display each day.

It will replace for the one day the Washington State flag that normally flies adjacent to the U.S. and POW/MIA flags.

Rebecca Hale, the Mariners director of public information, said the club was approached with the idea several weeks ago by a group called Seattle Out & Proud, which organizes the Seattle Pride Parade that takes place Sunday on Capitol Hill.

“Our fan base is a reflection of our diverse community,” Hale said. “And we thought this was an appropriate gesture on a day that is very meaningful to the LBGT community, Sunday being Pride Day in Seattle.”

Such a proud Seattleite.

In February 2012, a trio of California girls came into down and set up shop in Capitol Hill – a storefront called Kaleidoscope Vision showcasing the best in vintage. I took this photograph at their opening party and while I haven’t visited too much since I left the hill, I thought that the place was great with their monthly themes. They will be missed! But I’m excited for what’s in store to move in. This happens too often in Capitol Hill. 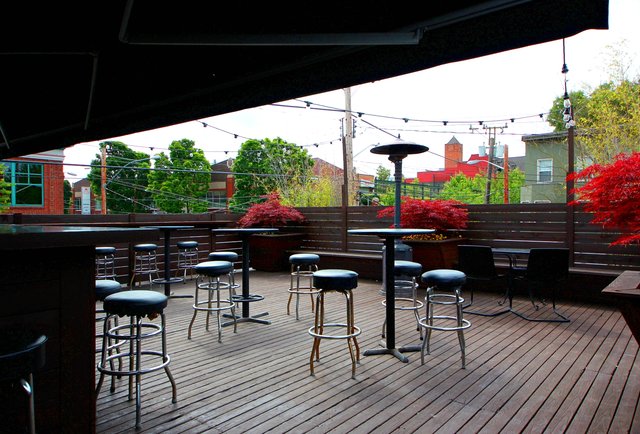 Rumor has it that next week Seattle temperatures are supposed to reach the 90s! A rare treat for us locals. To celebrate, I would expect everyone to want to be out and about enjoying happy hour and drinks at some of the best patios this city has to offer. Thrillist compiled a list of places that I have yet to visit, but definitely plan on during this season. Another one of my favorites that didn’t make the cut is Joeys on Lake Union. But let’s be real, I’m going there for the bellinis more than the patio itself.

Seahawks’ wide receiver Sidney Rice likes his Wingstop. I mean he REALLY likes it. So much in fact that he is deciding to open up 5 more locations around Seattle.

“Wingstop is my favorite restaurant. I travel a lot, and as soon as I land, the first thing I do is find the closest Wingstop.”

According to the official release, two of Rice’s location will open in Kent and Tacoma later on this year. I’m trying to think about what restaurant I would partner with if I could open 5 locations of it in Seattle…Rubio’s. Because they are only in California and Seattle needs better fish tacos. 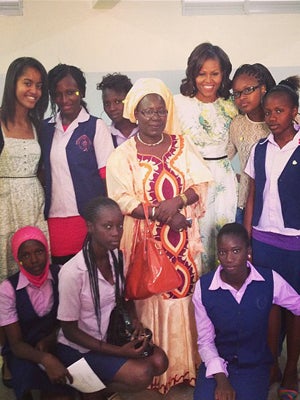 The first lady joined Instagram today and instantly…warmed our hearts. You betta’ believe we decided to follow her! How could we not? Join in on the fun @michelleobama. Already an avid user, Michelle Obama has 7 photographs and videos to her gallery showing highlights from her trip in Africa.