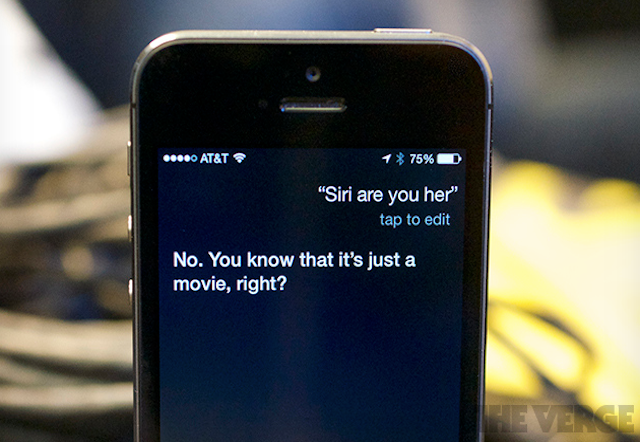 With all of the buzz surrounding the new Spike Jonze film “Her,” it seems like Siri is getting a little bit jealous! In the film, a lonely writer played by actor Joaquin Phoenix begins to develop strong feelings towards his operating systems named “Samantha” voiced by actress Scarlett Johansson. While none of us actually have our own “Samantha’s” I’d say that Siri is a close second. In the photo above, it looks like Siri is throwing some shade at her rival.

Is anyone else going to see this film?! I can’t wait to catch it next weekend!