Generally when I’m at work, I just prefer to listen to my Spotify, but I know so many people that prefer more natural sounds. If you’re seeking something like that, then Noisli might be the best option for you. Not only does it transition into very soothing and pretty colors, but it has an array of sounds that are fit for anyone’s liking including rain, thunder storms, waves, and even the type of sounds you might hear at a coffee shop.

The show looks to be comical, but will it be an accurate representation of Silicon Valley itself? I was talking to a co-worker yesterday about the trailer before watching it myself and she had a few thoughts to say on it. Actually, she was a little bit peeved about it because as a female software engineer in the industry and working in Silicon Valley, there was no representation of that in trailer and we’re both pretty sure that women like herself won’t be highlighted in the HBO series either. Instead, women in the show will be portrayed as they were in maybe say… The Social Network… a little bit slutty instead of as strong and intelligent engineers that they are or that you might find in SV. I think Silicon Valley will do well. It’s on HBO after all and sure, people will watch because those who aren’t living and working in this area will be more than a little bit curious. However, what you see isn’t my life. It’s not even the life that my co-workers even lead, but it’s entertaining that everyone will think so I suppose.

I wasn’t able to watch the season premiere of The Voice last night because I was too busy wasting my time on The Bachelor. When will I ever learn? It’s tough to choose between the two, but I discuss episodes of The Bachelor with my coworkers sometimes so I have to keep up with it. If it weren’t on though as the same time as The Voice, it would be another story.

I watch The Voice every season. It’s my favorite reality singing competition and I love that people that I used to listen to or smaller known singers are coming out and auditioning for it. Last night, Christina Grimmie appeared on the show and got all 4 chairs to turn around. No surprise there. We’ve been huge fans of Christina’s since 2010 when I first heard her rendition of Lady Gaga’s “Telephone.” She’s 19 now, but it is clear that her hard work has really paid off. As long as I’ve known her, she’s been a YouTube star and now I’m so excited for her to absolutely kill it on The Voice. After touring with Selena Gomez and performing on numerous shows and at a serious number of events, Christina will finally get to be recognized as an artist on her own. 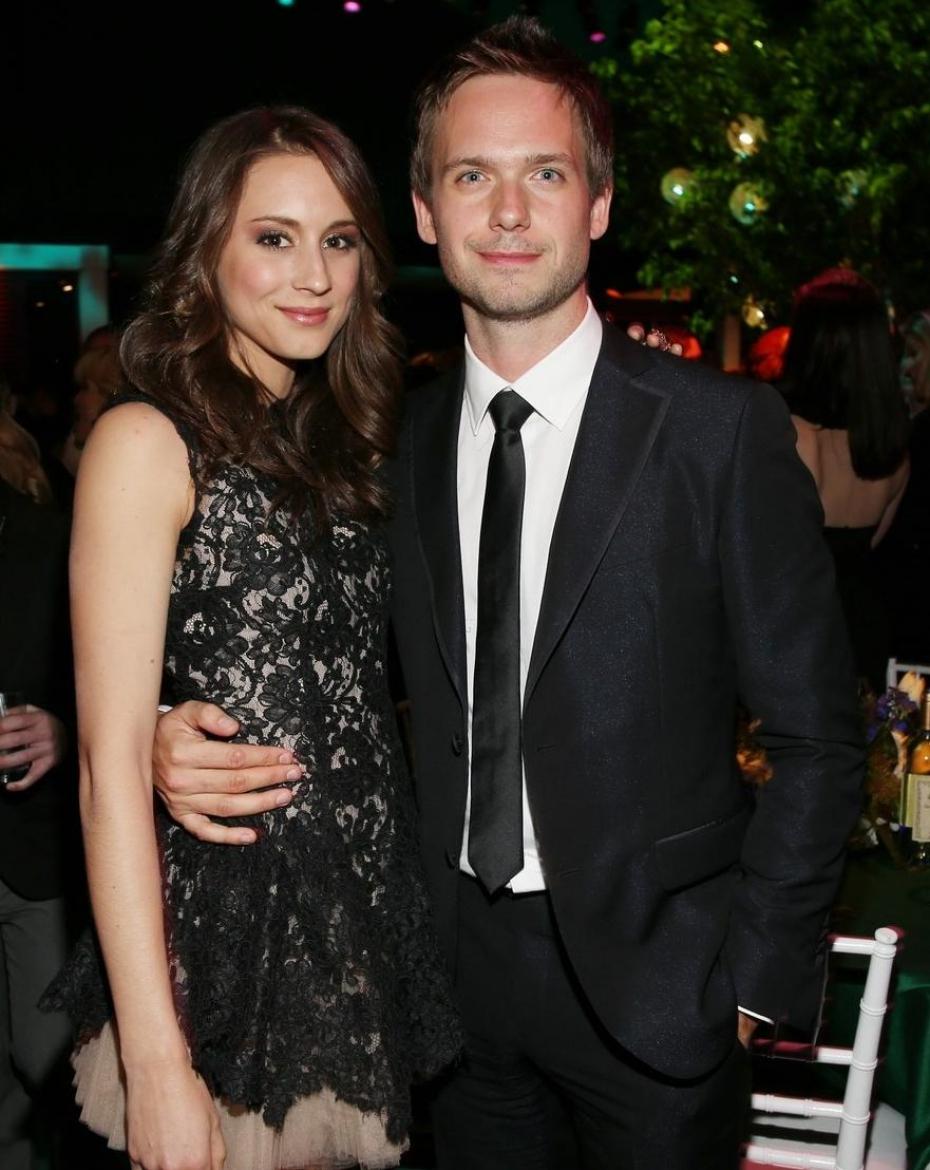 People Magazine is reporting today that Pretty Little Liars’ actress Troian Bellisario and Suits’ actor Patrick J. Adams are engaged! The two have been in Paris together while Adams has been filming “Rosemary’s Baby.” I’d say before this whole Adam Brody and Leighton Meester thing came along, they were my favorite couple from an opposite television series.  The two have been dating for three years so congrats to the happy couple! As much as I think it’s great for celebrity couples to be in secret, I also really enjoy the way that they have held their relationship. It’s really cute to follow both of their Instagram accounts and to see the kinds of adventures they have together.

Happy Monday morning everyone! It’s supposed to be around 73 degrees today and it’s still February. You would never see anything like this in Seattle. It’s pretty nice to be able to start your morning off with a sunny day…and a Wedding Monday. Earlier this week, I received a “Save the Date” from Natalie’s wedding in September so that put me on a wedding high all week long.

I’m so excited to share with you this gorgeous Washington wedding today from Kristy and Kelly. In the past, we’ve showcased Washington weddings taking place right in the city of Seattle, but I think it’s important to highlight all aspects of my home. In addition to having a major city, we’re also known for our outdoors – lush greens, woods for days, etc. Along with this video, we’ve also got the feature from Green Wedding Shoes.

Enjoy and have a wonderful week!

It’s just not even possible to go hungry when you are living in a city like San Francisco. I’m constantly surrounded by exciting restaurants and new dishes that I can’t wait to try. For the past several weeks, I’ve been eating out like it’s my job and I’m not hating it. This morning, my favorite designers Henry and Richard whisked me out to Serpentine in the Dogpatch. At 10:30, we had beaten the brunch rush that would soon come. I ordered the Savory Bread Pudding (pictured above) –

I’m not sure if it was that I felt like I wanted something healthy this morning to eat or if it was because I thought it would be easy on my stomach after a night out in the city, but it was perfect. The vegetables were so flavorful and the mixed greens on the side reminded me of the mixed greens at Skillet Diner in Seattle that I would always get with the Daily Scramble. The Bread Pudding may seem small, but this dish is HEAVY. It’s all mixed in with pieces of bread, cream, and cheese and it is perfection. I probably would’ve eaten more had I been feeling a little bit better this morning, but for what it was, I really enjoyed it. Worried that the dish itself might not be enough initially, I decided to order a side of eggs over medium to top it off. Oh boy, I’ve been a huge fan of Mike Song since I first watched him with Kaba Modern on America’s Best Dance Crew. I’m not sure if that entire team is still doing something together, but I like the fact that most of them are still dancing and doing their own side projects. This choreography and remix are amazing.