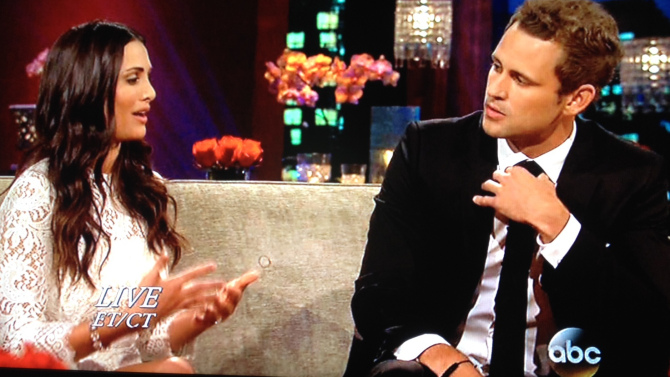 Spoilers ahead! Last nights “After the Final Rose” was a jaw dropper. We all know what could potentially “happen” during a Fantasy Suite date, but there’s a little part of us that doesn’t – unless it gets outed like it did last night. In the past, contestants like Emily Maynard and Sean Lowe have passed on the Fantasy Suite, whereas Juan Pablo clearly didn’t. With Andi, we weren’t quite sure. That is, until Nick – the runner-up aired out their dirty laundry for all to see asking her directly why she made love to him if she didn’t love him.

Here are my thoughts and I’ll try and condense them:

Overall, … I wish she would have ended up with Marcus. Okay, no. Nick was not the fan favorite throughout the show and I don’t know if people would have been all that happy if they had ended up together anyways. We finished another season though. We hope Andi’s happy. Please tell us who the next Bachelor is. I hope it is Arie.