I remember it like it was yesterday. It was the first day for Ariana’s pre-sale tickets to go on sale (September 15, 2014) and I had downloaded some app called “Fahlo” so that I could gain access to buy tickets first. After they were purchased, I thought waiting 7 months for the actual show was forever. Turns out, it was. That’s a long time to wait to go to a concert, but it was so worth it. I didn’t have any doubts about her vocals because as most of us know – she’s kind of a powerhouse. With that said though, I definitely have a lot of feels about the show itself.

Let’s start with the positives.

Singing – She sang her songs in a different way than I’ve ever seen her perform them before at any event, show, or performance that I had to stream on YouTube so it’s unlikely that she was lip synching. If she did lip synch at all, it was most likely for “Hands On Me” which is fine because that’s not her best song anyways and doesn’t exactly highlight her range. There were so many times when the audience was just in awe of her vocals and you just couldn’t even look away from her because it was that. amazing.

Dancing – Ari used to get a bad rap for not being a great dancer because of the dance moves that she produced while always performing “Problem.” In her defense though, that’s not really a track where you need to go all out for. I had read articles before about how people have said that she’s actually a really good dancer, but just hasn’t had a chance to show them off. Well, I think it’s because she was saving them for the Honeymoon tour! I was actually super impressed with her moves and she looked adorable as always.

Outfits – For her tour, Ariana worked closely with Emmy-award winning costume designer Marina Toybina who designed the seven looks that she took the stage with. Each outfit was cute, sparkly, and sexy in true Ariana fashion. Also, let’s not forget that each outfit had a pair of matching cat ears, which was probably the best part. Glowing cat-ears were also being sold as part of the merch and it was probably one of the best merch pieces I’ve ever seen. The cat ears glowed in a hue of colors and sometimes even with the beat of her songs. The more I saw them in the crowd, the more I wanted them… that was until Sheila and I learned that they cost $40! We’re assuming that they only cost about $5 or less to make, but whatever – it’s a day later and I still want a pair.

Instrumentals – I couldn’t get enough. Her mini orchestra transitioned into her songs beautifully especially for “One Last Time” and “Tatooed Heart.” I love seeing this kind of thing at shows because I find that artists often get lazy and rely on a DJ or a backing track and having strings there on stage with her brought her songs to life in a really refreshing way. If you want a sneak peek at what this actually looked like, here’s a video that she shared with her fans prior to the tour starting.

Opening Acts – I can’t believe I’m considering this a positive because when I first caught sight of the opening act, I was completely over it. How quickly I change my mind… So Sheila and I ended up missing Cashmere Cat which was a huge bummer. We didn’t know if he’d actually be there or not so the whole thing was very confusing to us. After CC, Rixton took the stage – a UK boyband that we’d never heard of before, but somehow grew to love by the end of their set. Tbh, their songs aren’t all that great, but they can really nail some covers. When I watched them cover “Frontin'” by Pharrell, “Fine China” by Chris Brown, “Uptown Funk,” Beyonce, and Sam Smith, I was sold. The last song of their set was actually a song that played on the radio and was considered Top 40, but we had no idea they were the ones behind it. Embarassingly enough, Sheila and I just thought it was yet another cover.

And now… for the negatives. I know… I just wish I didn’t have any!

Having worked with music pretty closely in my life prior to going into tech, it was easy for me to catch a lot of things that made the show slightly less perfect. Also, I happened to be with Sheila who had most recently seen Bey and Jay on tour – a production that was pretty much flawless and with acts that have been doing this for years. So in some ways, they’re on the same level, but in other ways they aren’t at the same time, but Sheila and I found that we both had the same qualms about the show.

Setlist – A copy of her setlist was leaked back in March so I wasn’t surprised by anything at the show. To kick off the night, she started with “Bang Bang.” It’s a great song and one of my favorites, but a song with a lot of energy and would’ve been better in the middle or even as a closer. I understand that you want to kick things off with a bang, but the audience just wasn’t ready for it. We had been anticipating this show for awhile, but some things still need easing into. Not only did this song kind of punch us in the face, but there were fireworks going off all over the place and because I wasn’t ready for this, I unfortunately found myself feeling a little self-conscious singing and dancing along to this song when that’s all I really wanted. If I had to give my two cents, I would’ve recommended an older hit of hers to warm up the crowd like “The Way.” It’s a big enough of a hit that everyone still knows it and will get excited for what’s to come after.

Ariana included some fillers in her set that weren’t necessary. No one likes “Hands on Me.” It’s probably the worst track on her album because it’s overly sexual and doesn’t mesh well with the rest of her songs. We could’ve done without it. Also, she included “Pink Champagne” from 2011. I’ve never been a fan of this song either and when she performed it, I felt like I was brought into a Disney concert. I would’ve replaced both of these songs with “Baby I” or even a cover, which we know that she does all too well. Covers are such great opportunities for artists to do something different and personal with their set and she missed this.

Flow – I wish I could say that I enjoyed all 90 minutes of this show from start to finish. Her transitions just weren’t as smooth as we would’ve liked them to be. This isn’t abnormal or anything because if you’re doing your first tour, there are things that you’re going to learn from it. Ariana is a performer and naturally, she has themed stage sets and costume changes. When I saw Mayer Hawthorne last year, there were no kinks in the production and no awkward pauses. Within the first half hour of the show, Ariana had disappered underneath the stage a couple of times after performing a few songs to change outfits and during this time, momentum came to a halt. Sheila and I found ourselves sitting down and standing up through the entire show and when we stood up for a song we were excited about, we found that we just couldn’t “get into it” right away. It got to a point where we started predicting when exactly she’d go under the stage again and when you start expecting it, it’s no longer as fun because you know exactly what’s coming.

Hype – Ariana Grande has this hype man as a part of her theatrical show and he’s a little bit awkward. We’re not sure why he’s there other than just providing some entertainment during transitions, but we didn’t find it to be working well. He also never introduced himself so we just didn’t know why he was there.

Production – Some people like the theatrics and the over-dramatization of shows, but sometimes you just want something that feels a little bit more authentic. This wasn’t like most concerts that I’m used to seeing and the entire set felt like we were just going through the motions with little to no emotional connection at all. Taylor Swift is someone that spends a lot of time talking at her shows. I haven’t seen her live, but she has a tendency to make every show personalized – sometimes maybe even a little bit different whether that’s having a special guest or something else. For Ariana, everything was a little bit… to perfect. The show ended right at 90 minutes. No covers, no guests, not even an encore! When she was done, she was done and she disappeared underneath the stage before you even realized the show was completely over.

Sheila and I both had a really really great time at her show. She’s an even better performer in person and while she’s insanely talented, she’s still got a lot to work on. It was recently announced that she’ll be starting the second leg of her tour in July after her first one ends in June giving her a month’s break in between. It will be interesting to see how the second leg will differ from this last one and if I’m interested in it enough to see her a second time this year. Buuuuuut, probably not. 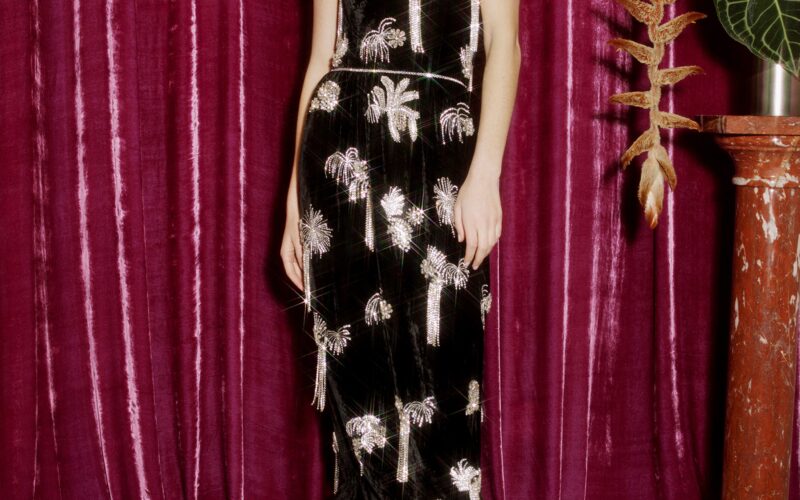