I know what you’re thinking… doesn’t this look familiar? I actually just posted about this dress two days ago because I just bought it and I’m already in love. Honestly though, every time I buy new clothes, I can’t help but wear it the next day. I still remember going shopping for new clothes right before school started and every year having to leave them in my closet without wearing them until the first week was absolute torture. I understand why we waited back then because I could have easily gotten a stain or made a rip or tear, but it’s funny how when you’re an adult, that stuff doesn’t matter. Nothing a Tide-to-go can’t fix, right? I love this dress and can’t wait to wear it forever and forever. My co-workers are developing a sense of humor these days and pointing out to me every time they see me wearing all black. I guess when you do it two days in a row, it becomes your thing.

END_OF_DOCUMENT_TOKEN_TO_BE_REPLACED 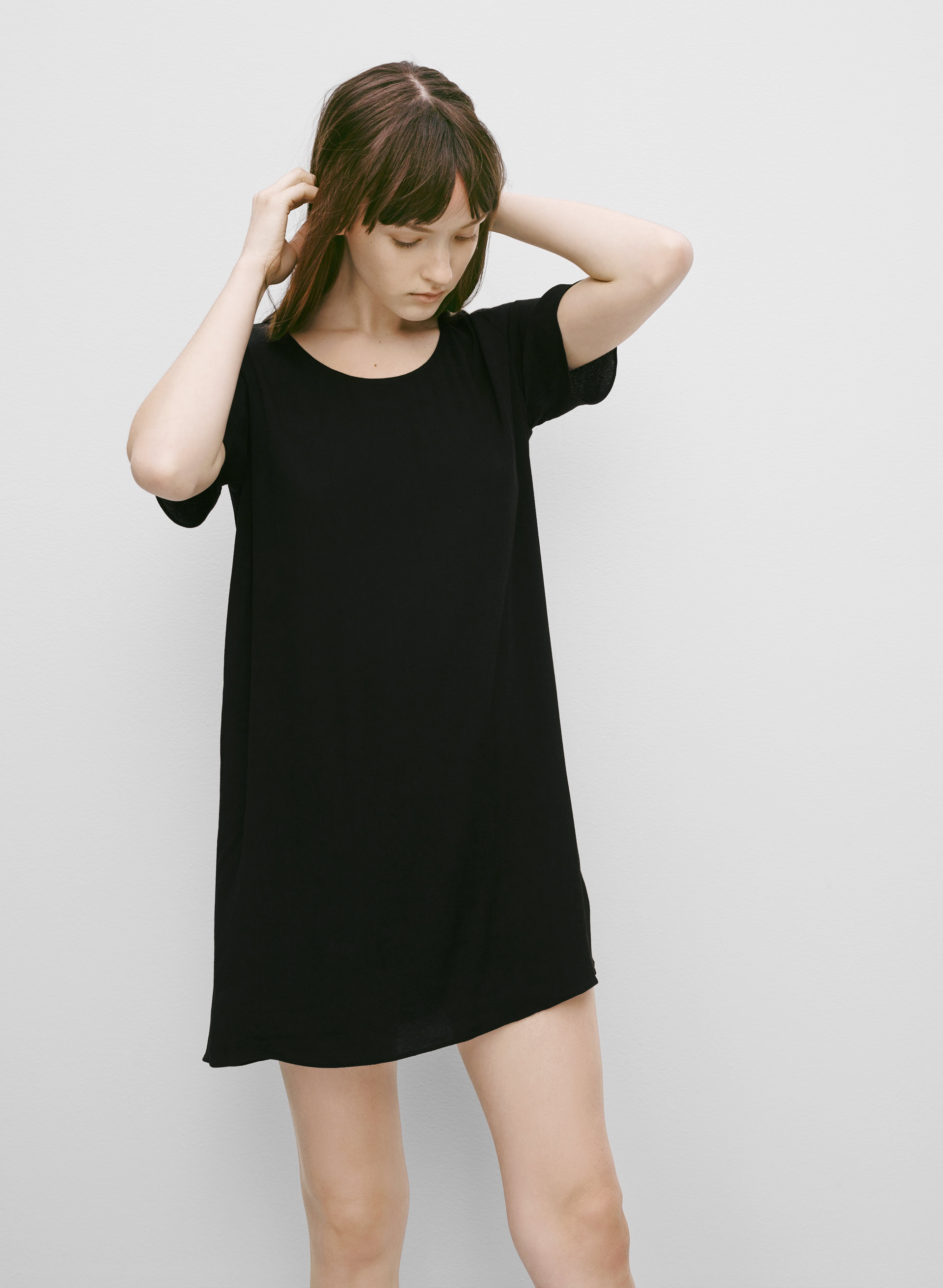 I was invited to shop the MAJOR sale early at Aritzia last week, but unfortunately just couldn’t make it out to their store to try on all the goodies. Instead, I waited until it was open to the public and to my surprise they still had all of the things I wanted in all of the sizes that I was looking for. I would’ve been crushed if I had missed the sale because half of my wardrobe comes from them. This sale was so important to me that I went straight there after hopping off the plane from my trip in San Diego.

I actually own the dress (top) in burgundy, but accidentally shrunk it once to a length that is barely cutting it. I decided this time to purchase it in black and in xsmall (one size larger than my original) just to have that extra baggy look. Also, I’ve been wanting this skort forever and while it’s not a huge cut from the original price, it seemed like a good enough excuse to take the plunge and buy it. 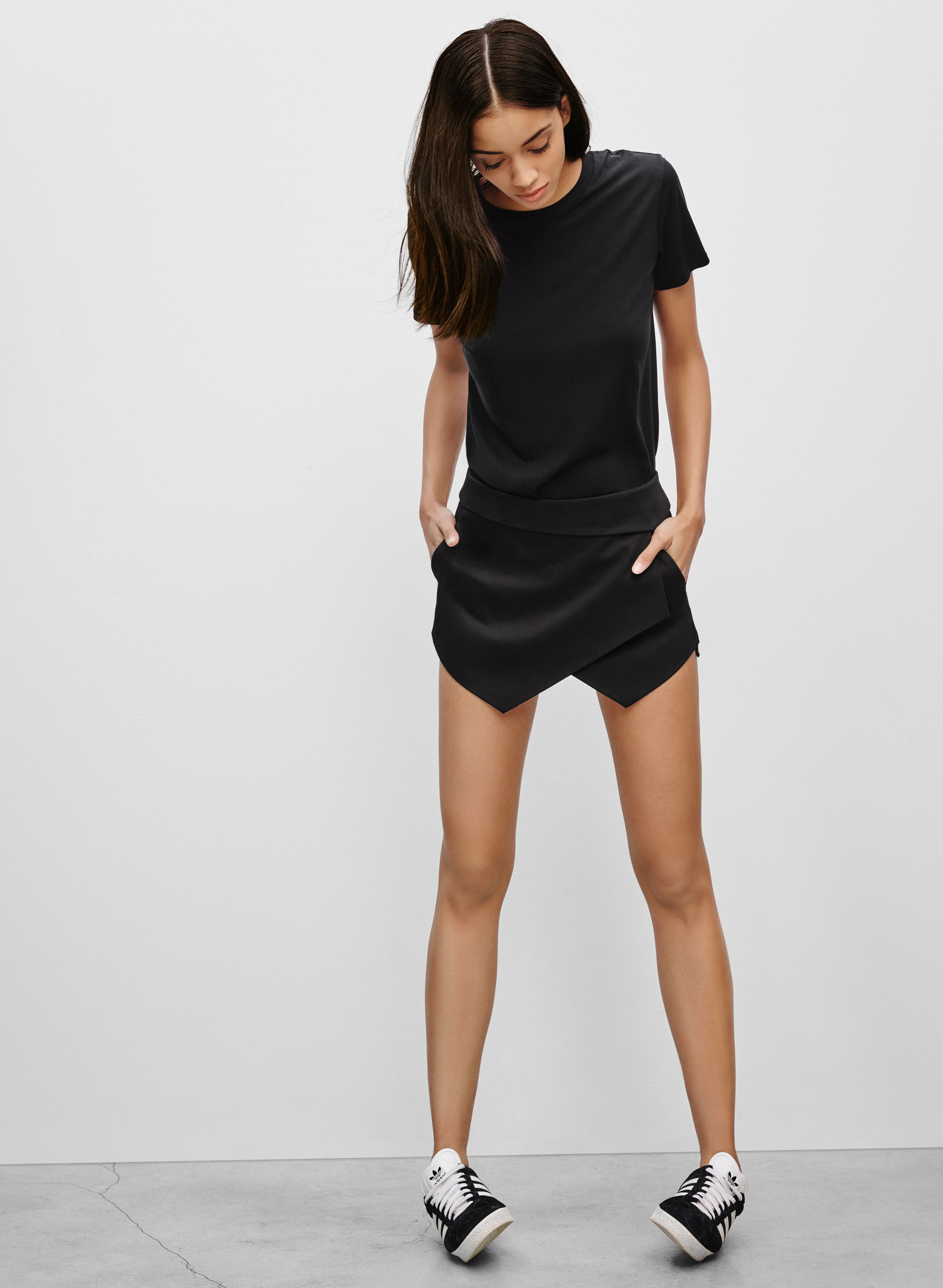 In case you haven’t had your daily dose of cutness yet… how sweet are these wool avocados?! They were designed by Hanna Dovahan and they’re precious. While I was visiting San Diego this past weekend, my cousin treated me to fish tacos for my first meal! The shop was conveniently located right across the street from her home in front of the beach and they were the “best I ever had” in the longest time. When it comes to tacos, fish tacos are my first choice and they did not disappoint. I was hoping that I’d get some more tacos in on my trip, but sadly couldn’t make this happen so now I’m off to drive down to Rubio’s so I can have the second best. Literally. Right. Now. befor the Warriors game!

Happy Memorial Day everyone! I just arrived home this morning from my long weekend in San Diego and already, we’re back in the grind.  I snuck a listen of this new song today and it’s really setting the mood for my lazy Monday. Why do long weekends have to end? It’s kind of how I feel about this song being on loop. It’s no secret that I have a love / hate relationship with The Bachelorette. I don’t always believe that finding love on a reality television show is possible (except for Catherine and Sean!) but I can’t stop myself from watching anyways because I’m generally rooting for good things to come out of the show. I went to my first viewing party with co-workers this past Monday and it was really fun to explain to some of them how exactly the show works and to see how quickly they changed their minds between Britt and Kaitlyn. We had to remind them that the producers completely lead audiences to believe a certain way because of the way they edit things and how calculated every scene is.

Before the season started, I wasn’t quite sure what to think. I wasn’t happy about the guys having to choose between Britt and Kaitlyn, but I can see why the producers thought this would be entertaining. In my opinion, it didn’t seem fair. The girls already have to go through enough and just when they think they’ve been chosen they still have to compete? I’m glad that this was done and over with after the first episode though.

However, my problems didn’t end here. I was actually livid about a remark I heard from one of the guys on the show and even more upset that the media completely grazed over this instead focusing on the intoxicated contestant that was booted before the rose ceremony and the slut shaming that we saw from Kaitlyn having to apologize for her actions. (we’ll discuss this in another post after we watch the episode where this happens.) The line in question that I am referring to is when one guy was discussing who he’d pick, “Britt is more of your trophy wife. Kaitlyn is more of your wife.”

I’m not oblivious. I know that trophy wives exist and I know that there are women in this world that are happy being labeled a trophy wife, but you are not allowed to just refer to someone as a trophy wife. When you say that someone is a trophy wife, does that make you feel better about yourself as a man? Does that make you feel more masculine? This guy just met Britt for the first time and assumed because she was naturally very pretty that she didn’t have more to offer than being a trophy wife. I was really disappointed to hear this and am even more curious now to hear Britt’s reaction on this having seen the first episode. A guy once told me to my face that he believed that “Asian women were the modern day trophy wives.” Really? Asian women? All of them? He might as well have thrown a drink in my face because that was the equivalent of how I felt when I heard that. In case you were wondering what happened after that? Friendship over. For the men that read this blog, please. Please. Don’t ever say this to a women. Unless they want to be referred to in this way, it is a degrading statement and it’s 2015, we’ve come a long way to be put back into this position.