I just learned this week that one of my favorite brands out of Vancouver, Oak + Fort, had decided to open up their 2nd US store in Hayes Valley in San Francisco so I made plans this weekend to head over there and bring my co-worker Jen with me. The store was pretty much made for her and I think she now loves it way more than I do. Lucky for her, it’s right down the street from her home. The store specializes in a lot of oversized pieces, but really prides themselves on comfort so everything is super snuggly and warm – just what we’re looking for in the Bay Area this fall! So I walked away with three beautiful pieces and Jen loved everything so she snagged like 10! We also had the best time with all of the ladies working there who let us chit chat with them and let me bop around in their shop in the oversized scarf that I ended up bringing home with me. Maybe we’ll just come back for the friends.

Here are the pieces I took home:

END_OF_DOCUMENT_TOKEN_TO_BE_REPLACED

Just because Yow Yow! hasn’t seen a Wedding Mondays in about two months doesn’t mean we’ve given up on it! This usually just means one of two things a) I’m really busy (which is true!) and b) there just hasn’t been any great wedding videos that I’ve wanted to share for awhile… until NOW. If anything actually, I’m thinking about weddings even more now because two of my favorite girls will be brides next year!

I’m catching up on two weeks of wedding posts from my favorite blogs today and this video was actually one of the first that I started watching from the day. There’s no dialogue, which is fine, but the details that are highlighted in this video are beautiful. It all looked like an amazing day for the couple and their guests. Here’s hoping that my two weddings that I’m attending next year reach these levels! I have no doubts.

Also this bride had two dresses. You know how we feel about that. <3 One of the best things about having Yow Yow! is that when my friends do amazing things, I get to talk about it! Gelesia recently launched her new clothing line Canyon Child and I couldn’t be more proud. I actually got to have a sneak peak of it when I was in LA visiting her last month and she even let me try on the dress photographed above after I begged her to let me to. I mean, okay, I didn’t have to beg that hard. Gelesia is probably my best-dressed friend of all though and since we were teenagers in high school she’s always been a trendsetter and had a style unlike anyone else’s. What I love about this line is that it combines both her style and a very southern California look. Her pieces are flowy, delicate, airy, and are incredibly versatile to be worn to any occasion – whether that’s lunch, to coffee, running errands, etc. We hope you’ll check it out! 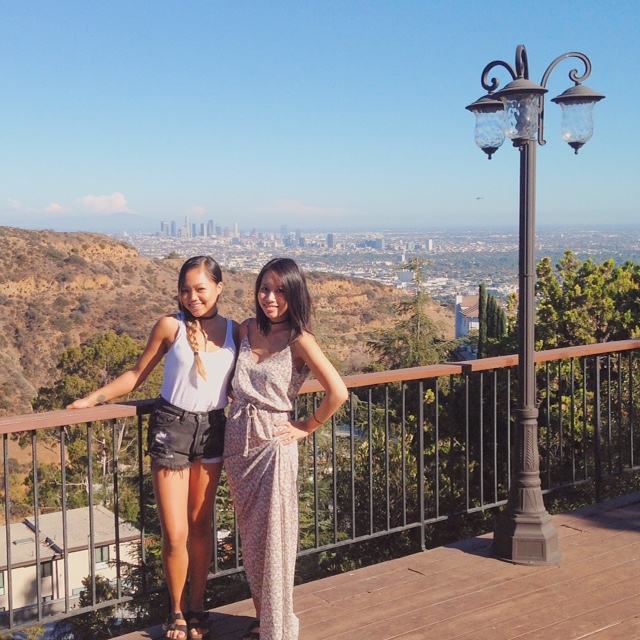 My coworkers have been talking about the new “List App” at work so while some of us were in Texas last week, we decided to download it. This list that I wrote earlier this week kind of offended some people, but I think it’s kind of funny to test the boundaries a little bit, isn’t it? No one wants to see a boring old list about something useless. I actually enjoy how simple the app looks and that you can follow different people outside of your network like celebrites. My favorites so far are Lena Dunham, John Mayer, and Bobby Hundreds. I haven’t quite figured out the app just yet and I’m not sure how long I’ll be using it for, but it’s a combination of Twitter and Buzzfeed. Some say it’s just a fad, but for now I’m going to continue writing on it just to see how I like it. We generally write a lot of lists on Yow Yow! so that’s one of the reasons why I found it interesting in the first place. Feel free to follow!

Last week, we traveled down to the south for the very first time! I had been looking forward to this trip for awhile and after 4 days of hard work with my team in Houston at the Grace Hopper Conference, a few of us had planned ahead of time to wind down in Austin the weekend after. Houston was whatever, but Austin was extremely cute and charming. If I had to describe it, it was probably a more fast paced Portland, but with that same darlingness and Southern charm that you might expect. When planning this trip, we all kind of prioritized what mattered to us the most 1) Food 2) A great Airbnb in an awesome neighborhood and 3) the ability to get around – so we got a rental car and I played Soccer Mom the entire weekend!

It’s still summer in Texas so with the hot hot heat, we headed over to Barton Springs for the afternoon where we laid out and sort of got into the water.

END_OF_DOCUMENT_TOKEN_TO_BE_REPLACED Everyone has to have a first job somewhere, right? Some of you may not know this, but my first gig as a working girl was at my local mall at Limited Too. I held that job for a solid three months and obtained it when I was 16 when I could even begin to work. I always heard from countless people that working in the food industry and in a restaurant is one of the best jobs you could get growing up because it’s going to teach you a lot about patience, customer service, time management, working with people in general etc, but you know – working in retail is also no walk in the park. I was constantly on my feet, building displays for new shipments of clothes, acting as a personal stylist for young girls ages 6-13, and working that tricky register. Nowadays, I hear retail is a little easier with all the developments they have in technology. There are no tricky registers anymore that you have to work out; the pos hardware that retail companies have nowadays are definitely forward-thinking, and make a customer’s experience more efficient as well as the staff members’ jobs easier.

Lately in the news, there has been a lot of talk about “on-call” shifts – something that I also experienced when I was working at Limited Too. Basically what this means is that if you are employed by a retailer that enforces an on-call shift, you not only get your set schedule for the week, but also shifts where you might be “on-call” as well. It means you may or may not have to work that shift, but you’ll know a couple hours before that on-call shift if you have to come in when your manager calls you from the store. Why does this suck? Because it’s short notice. It’s not really a part of your schedule, but even still, you have to be available and ready to go in if called so you can’t make other plans. Sometimes doing an “on-call” shift isn’t too bad, but if you already have plans, you have to dop them at a moment’s notice to go into work, which isn’t great. The manager probably schedules us in by using the staff scheduling software with Deputy so we are all aware that we could potentially be working, but even so, it can be annoying if you already have plans. The software that we use is very effective for our set schedules though, as we can see everything that we need to know.

After New York’s Attorney General Eric Schneiderman started questioning how legal this was amongst retailers enforcing this policy, a number of retailers have started getting rid of it.

The inconvenient policy got blasted in April when New York’s attorney general, Eric Schneiderman, sent letters to 13 major retailers, questioning the legality of scheduling shifts with such short notice. In June, Victoria’s Secret ditched the policy due to an employee lawsuit, and one month later, Abercombie & Fitch (in addition to its Hollister and Abercrombie Kids brands), did away with the policy as well. Urban Outfitters squelched the scheduling M.O. earlier this month.

And J. Crew announced this week that they’re done with it too! This is an incredible step for retailers for ensuring that their employees are re-instating a healthier work-life balance. Should be interesting to see who’s going to follow suit next!

We’re so behind on our posts that this outfit dates all the way back to August! Nearly a year before Taylor Swift’s actual “1989” show in Santa Clara, my coworkers bought about 20 tickets so they could all go together. They kept asking me if I had wanted to go, but I kept turning down the opportunity because I didn’t think I was a big enough fan to be deserving enough to go. Also, I hadn’t listened to her “1989” album at all except for the songs that had been released on mainstream radio (big mistake on my part.) As we got closer and closer to the actual concert date, I started to experience FOMO. Luckily, a couple tickets opened up and I raised my hand right away! I was so excited that I decided to wear a crop top with my outfit the next day in true Taylor fashion. I hope I made her proud!

This is the kind of thing that terrifies me, but it doesn’t surprise one bit that it exists. If you’re living in your space and finding that things are getting a bit too crowded lately, but that you have high ceilings, why not build yourself your own loft?! Doesn’t this seem kind of dangerous? Just me? For just $3,115 you can purchase the DIY Loft Kit which includes all of the things you need to build your own loft. Uh, can we task rabbit a professional to do this for us?