Even as I write this post, I feel a little bit weird saying that I’m interested in a film like this. It’s not something happy or a romantic comedy – something that I am used to be exciting about. Seeing a movie like this can be triggering for people like me or people in my life. I had read that Pretty Little Liars’ Troian Bellisario was starring in a film that she had written and that was based off an experience that she had encountered as she grew up struggling with an eating disorder. In an interview, she mentions how many people believe that it’s just about being skinny and losing weight. Sometimes it is, but it also touches on the ideal of control and what I have, myself, previously experienced is that it has a lot to do with being a mental thing. It’s not an easy thing to describe and sometimes when I discuss, I find myself going in circles, but someday we’ll figure it out and maybe that will be a later post.

I’m interested in seeing this movie because I don’t think it’s entirely about eating disorders. From the trailer, you can see that Troian has lost her twin brother, played by Harry Potter’s Tom Felton, and it’s this tragedy that starts to send her into this downward spiral. I’m definitely intrigued by this film and in the past have tried to watch other films and documentaries like Thin, but realized that it was a bit much for me. What does everyone think of the trailer so far? Is it what you thought it would be?

The new Anthropologie opened at Stanford Shopping Center this past winter and it was an event. The experience was both magical, stunning, and a little overwhelming. The store is clearly an upgrade from its last location on Alma because instead of only being one floor, it is two and massive. I had wanted to visit the store when it first opened, but instead waited until I was invited to their bridal event at BHLDN and brought Elisa with me. We spent nearly three hours there discovering every nook and cranny and not leaving any candle un-sniffed. At the end, we capped it off with dinner at Terrain, which was beautiful, but a little bit $$$. You’re going to love the photos though!

END_OF_DOCUMENT_TOKEN_TO_BE_REPLACED I just returned home yesterday after witnessing one of my very first friends from college marry the love of her life in Raleigh, North Carolina. And it only seemed right that you all would have a post from me today for Wedding Mondays. Happy Monday and Happy Memorial Day! I’ve been saving this wedding video for some time. There are so elements that I love – the couple Peggie and Miles for their fun loving spirit, the fact that their wedding video is backed by Cults, and the decor. I’m nowhere near my own wedding day, but I know that I love greenery more than flowers and I love a lot of light and if that should include candles in my day – then so be it! I couldn’t embed the wedding video here, but you can watch it here on their feature by Green Wedding Shoes! Living in California brings a whole new meaning to “layering” during the winter season. When I was in Seattle, I often found myself in a heap of winter accessories – tights, hats, scarves, etc. and here I find that I just don’t need as much, but still have the warmth that I need. I was obsessed with this dress once I first bought it and am now trying to keep it alive by making sure it does not shrink! If you had to ask me what one of my personal uniforms would be, it would probably be along these lines – a dress with a longer cardigan over it and out the door!

If only we liked working out…! I’m obsessed with these beautiful blush pink sneakers from adidas AlphaBOUNCE. Check out those pink laces! Also, doesn’t it look like these might be shimmering? We definitely don’t need another pair of sneakers and these wouldn’t always work with the rest of my closet, but somehow, we would find a way. These are my favorite pair  that I’ve seen so far!

These are being sold for $110 – sounds affordable to me!

Does anyone still love watching music videos as much as I do? It’s something that I loved growing up watching TRL and now that they’re not as common, I probably spend a little bit more time than I would watching some of them. I’ve actually been enjoying this song all spring and thought the video ended up being pretty cool. I could never hate anything that comes from Miguel and Dua Lipa has been putting out great singles for the last year or so! If you would have told a younger me that in my late 20’s I’d be wearing a turtleneck, I would have probably laughed in your face. As cozy as they are, I never felt like I belonged in them. That was until… I met the one that I would fall in love with. So I’m pretty fortunate that since I’ve been living in California, I’ve gotten to know these girls at the Aritzia in Valley Fair quite well. Every few months or so when I need to revamp my wardrobe or shop for a special occasion, they are there for me. In fact, they’ve gotten to know my style so well these days that when I come in, they bring me pieces that they already know I’m going to like into the dressing room and more often then not, they end up being right! For example, this very sleek and chic turtleneck. It’s not your standard because it’s thin and sheer – two words you don’t normally use to describe turtlenecks. I also loved how this photographed. The sunlight makes it look so shiny! To elevate the classic look a little bit with the turtleneck tucked into denim, I added the choker and threw my hair back into a ponytail. 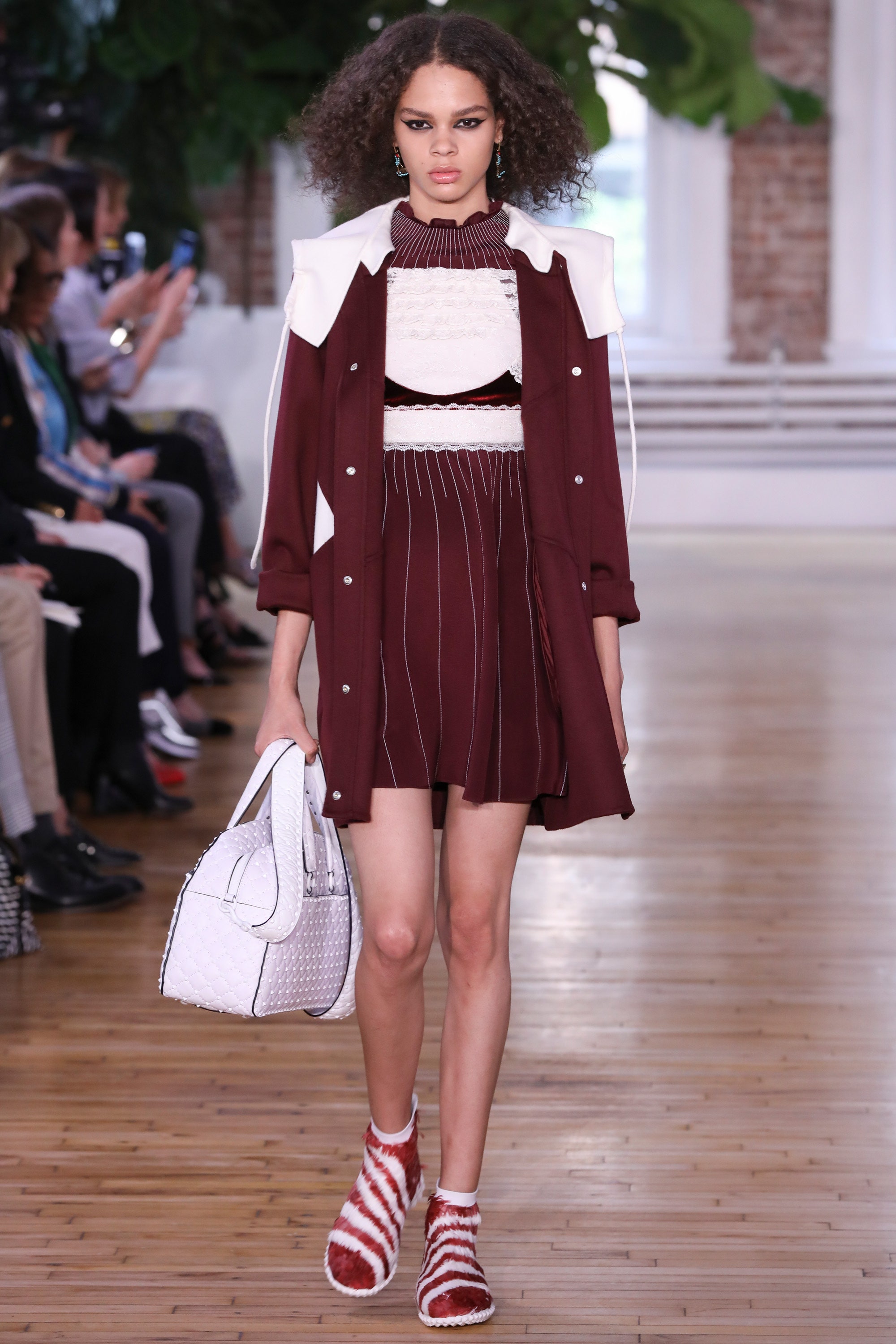