I love a good spontaneous show. I will never oppose a concert in a non-traditional setting, but one place it definitely does not belong is on my future Southwest flight. It’s funny because I have claimed multiple times that I like flying. I like airports. I like talking to people on planes, which I know some people despise. However, in the last few years, I’ve had to travel significantly more for work and its these times that I have started to appreciate my solitude.

In a recent announcement, the company shared that they were enhancing their in-flight experience by allowing an in-flight concert series as part of a partnership with Warner Music Nashville.

“With this partnership with Warner Music Nashville, we are excited to continue to offer new music experiences to our customers, and provide WMN artists and fans our friendly and reliable customer service—complete with our promise that bags (and guitars) fly free,” Linda Rutherford, Southwest’s vice president & chief communications officer, told the International Business Times.

It looks like the program actually launched as an experiment back in 2011, but this is the first I’m ever hearing about it. To add more to this mystery, Southwest Airlines won’t be sharing ahead of time which flights will become more musical so get ready to really love this or really hate it. Personally, this is going to be a great ‘gram or a “story” for a minute, and then I’ll likely be over it. Here’s hoping they prove us all wrong!

This weekend I did something that I had never done before. I joined my brother and his friends for an evening of karaoke and a hot pot dinner – at the same time. The idea of this is so foreign to me because when I eat, my food has my full attention. I can barely keep up with the conversations going on around me let alone sing to a crowd. It actually ended up being a more low key dinner than we thought it might be so instead of doing both things, we had a queue going of our favorite songs and would casually sing along to them if we decided to do that. One thing that kind of surprised me though was that I had never really seen the music videos of these classic songs that I loved from way back when. I’m talking pre-TRL here. Someone at the table asked “Do music videos even still exist?” Yes! And I might be the only one watching them!

This bop from Calvin Harris’ latest album “Hard to Love” with Jessie Reyez was one of my favorites. Her interactions and movements in this video are totally what I do when I dance too. 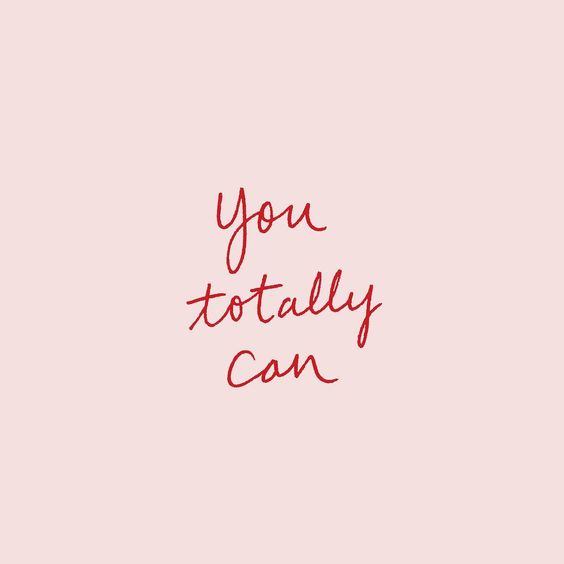 Wasn’t excited for this album at all. Somewhere along the way today I became obsessed with this song.

But… what does it all mean?! 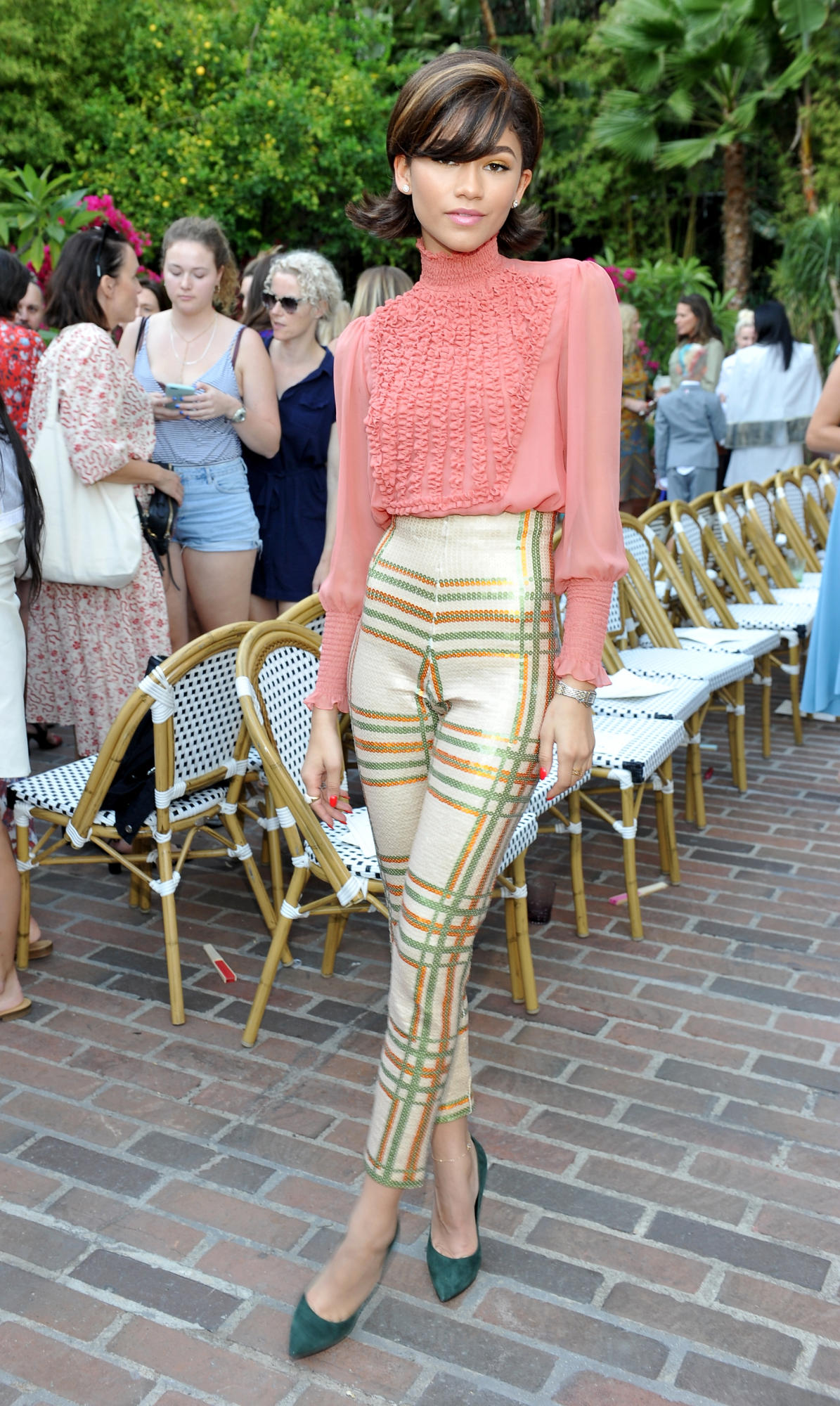 It may be fall everywhere else in the world, but southern California is still experiencing 95 degree weather and yesterday’s outfit choices in LA for the CFDA/Vogue Fashion Fund Show prove it. The finalists from the competition showcased at Chateau Marmont in front of a panel of judges and in attendance for the event were some of our favorite celebrity icons and even those that are style icons in the making. Here are some of our favorite looks:

END_OF_DOCUMENT_TOKEN_TO_BE_REPLACED 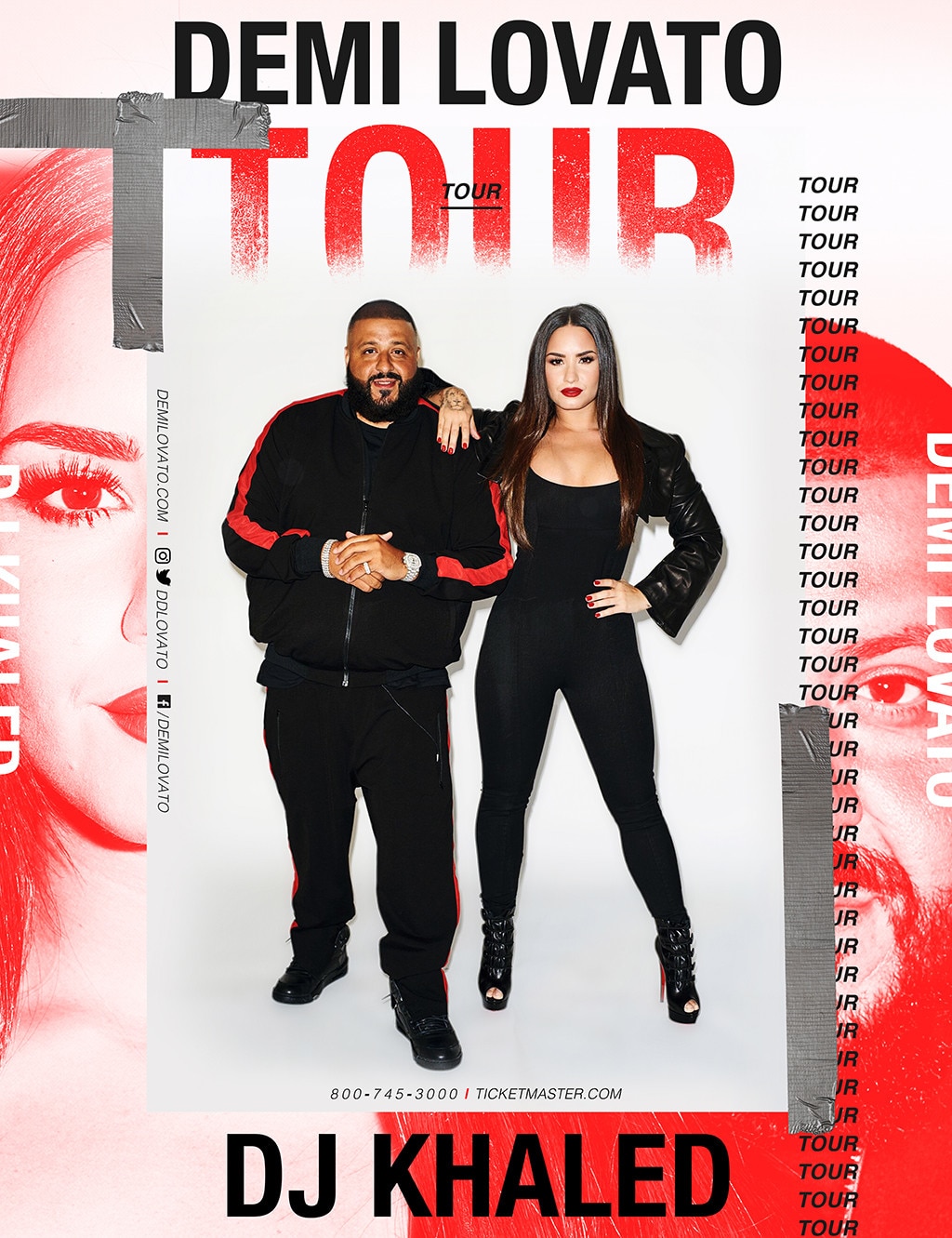 Oh boy. I had a very special email waiting for me in my inbox this afternoon! I knew it wouldn’t be long until this tour was announced after the release of her album. The other alternative is that she could have decided to not tour at all, but I was really banking on this fact that she would! It has been a month and I’m still listening to this album every day and Brad and I are still talking about her every day. Before I even asked him if he was interested, I signed myself up to get the announcement of her presale or potential access to it via Ticketmaster. I’m very confused about how this will all work, but I hope we get it! We just have to go no matter what! I’m already looking at grabbing a Hotel Near SAP Center to make sure I’m in the best position to get into the show early, and i’d recommend you do the same to not risk missing out!

Readers – are you going to get on this?

Okay, we’re having a moment this evening with these posts, but how ADORABLE is this? I was actually a little bit scared to press play when I first saw this because I didn’t know how graphic this was going to get for a kid’s show, but they did a good job. In fact, it’s such a good job that it reminds me a lot of the original series that I love and it’s hilarious. By the way, did anyone watch the season premiere on Sunday?! Where are my Walking Dead fans out here?

Isn’t it funny how something in your day-to-day can instantly remind you of something from your childhood? I was at work today when Crystal had mentioned to me a sushi restaurant in the city called “Zushi Puzzle.” I hadn’t thought about my favorite childhood show since I was probably a kid, but immediately was reminded of The Puzzle Place! I was in love with this show like I loved Sesame Street and something that was really important to me even back then, was seeing another character that looked like me. I didn’t know it then, but I certainly know it now and understand why Julie Wu was my favorite character of them all. Our favorites are always the ones that can identify with us in some way or another. Anyways, I’m not sure if anyone watched this growing up, but looking back I’m impressed with how diverse their characters were. Well done, PBS!

Too often, some of my favorite wedding videos are ones that really get a viewer going. I like the grand entrance, a good drone shot, and the most upbeat music – these will typically be what I call a “crowd favorite.” 90% of the videos that I showcase for Wedding Mondays fall into these categories. Other times, I like to slow things down a bit. Every Sunday, I visit my two favorite wedding blogs (like I do every week) and round up all of the “Real Wedding Posts.” I hope in all of them that at the end there is a wedding video. That is often not the case most of the time. For the ones that do have wedding videos, I mute the TV, focus on the video and begin watching each one. I typically will watch the video first before going back and looking at all the photos and reading the “How they met” story or the “Here’s what mattered the most to me on my wedding day” story. When I got to Portia and Ting, I didn’t know if I would love it. I had honestly just watched five videos before that I didn’t love and was about to call this week a wash and throw up my hands and say “No wedding Mondays this week, I guess.”

Instead, I was pleasantly surprised. The video starts out with heartfelt messages from guests (guests that I believe could be parents or relatives!) Then we get into how they met… the airport. Just strangers. Who happened to be going to the same destination and had spoken the same language. There wasn’t anything that could rival just how sweet this entire video was. I don’t want to give any more away so just watch for yourself!

Catch the entire feature here at Style Me Pretty