In the past week, a couple of friends have recommended this show to me and I had promised to give it a one-episode shot. While my work is involved with real estate, I have never gravitated towards shows like this, Million Dollar Listing or even Property Brothers. None of those shows have ever been in my rotation. However, Selling Sunset has a bit of a different vibe and I’m catching a real estate + The Hills hybrid. The similarity could be from the fact that producer Adam DiVello was not only tied to this show, but also Laguna Beach and The Hills. So far, I can see what makes it so addicting! It also helps that each episode is about 30 minutes long so you’re really just flying through them.

What We’re Listening To: Henry Green

I’ve been listening to Henry Green now for the last month and was surprised it took me so long to notice him. His sound is just easy listening. It’s great as a backdrop for writing in the evenings and even during the work day. Our favorites include his cover of “Electric Feel,” but also his most recent album “Half Light” in its entirety.

I’ve been on the hunt for a half-zip sweater for months, but could never find the right one. Often times, it was the material, the half-zip itself, coloring, or there was an issue with the price point. It wasn’t until another Instagrammer I followed [@spreadfashion] posted about this one that I decided to take a chance. First off, we’re brand new to online clothing shopping. Secondly, this is from an Amazon retail brand and I have never thought to purchase pieces from them. The blogger mentioned that she purchased this in a large size because she likes things a bit roomier. That meant I, too, was also going to be purchasing this in not my usual size. To make matters more stressful, my package was late. Then, it was lost! I couldn’t even order another one because both the size and color were sold out. Luckily, my half-zip arrived a few more days later and I haven’t parted ways with it since!

Che Fico has been one of my favorite go-to’s during shelter in place and they’ve been offering a diverse menu since the start. Now, offering even more flexibility, there are breakfast options! Since shelter in place started, I’ve been taking care of breakfast on my own most weekends as an alternative to the usual brunch meals I would have had. However, today was a special treat. Their breakfast sando includes a scrambled egg, prosciutto cotto, and strawberry jam. The thought of mixing jam with my eggs gave me some pause, but it was actually quite delightful. 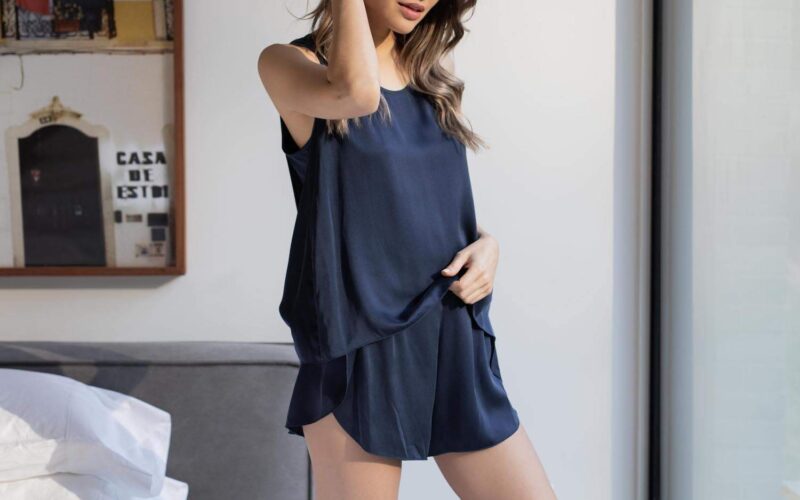