When I moved into my San Francisco apartment, I was obsessed with my hardwood floors. Three different apartments on my own later, the move to hardwood made me feel like I was aging into a real adult. After years of living here, I thought that appeal might wear off and someday I would upgrade to getting a rug. However, in reality, a rug felt like an unnecessary purchase. Did I really want to be covering my hardwood floors with something else? I want them exposed and for everyone to see them! Could I use this money towards something else I needed that wasn’t purely “decorative?”

As many of us experienced, the pandemic and staying at home influenced us all to think differently. This is the longest period of time that any of us have ever spent at home. Details that didn’t bother me before became an eye sore to look at every day. The biggest realization I had was that life before pandemic was me living in a place that didn’t feel like home. I had a pantry that was filled with cleaning supplies and a fridge and freezer that were 20% full.

As hopeful as I am for 2021, I know life at home isn’t going anywhere anytime soon. With Kevin’s help, we found this rug above. I wanted something in a neutral tone to match the rest of my living room furniture. And most importantly, it needed to feel soft and cozy to bring out the warmth in this space. What a difference living with this for a week has made! My living room actually feels warmer – temperature wise. While I typically sit on my couch, I have no problem getting comfortable on the rug if I so choose. Even in a week, I’m left wondering why it took me so long to make the leap. I’m now the biggest rug enthusiast you’ve ever met.

If you think that these are ordinary plushies, think again! They are actually the cutest workout weights you’ve ever seen. Honestly, you would think by now I would’ve acquired weights at home, but I’m still using jars and cans of soup. These, however, might push me to get real ones and maybe these ones to be exact. Inspired by Rilakkuma and friends, Japanese sports company, Mizuno, has designed the most adorable weights at one pound each.

When you’re not using them, they can simply be used as home decor. To get a set of your own, you can buy them [here] retailing at $38 USD.

Growing up, religion just wasn’t a part of my day-to-day life. Despite that, I ended up at a private Catholic college – one that required at least two theology courses to graduate. I remember hearing about that and feeling intimidated. How could someone with no prior knowledge of religion at all get through two full quarters of these classes? The other concern I had was wondering if this would feel forced on me. I’m happy to share that that wasn’t the outcome! And that included in my four years of college were three years of voluntary participation in working with our campus ministry. Because of the environment I was in and my network, this naturally ended up being a part of my college career.

And since then, I’ve spent some time marveling at the spaces for places of worship. I’ve lost count of how many times I visited the chapel on campus – many times for attending events, but other times just for finding peace and solace during a hectic class day. When traveling, I don’t always seek out these spaces, but if I happen to come across one of them, I try to capture these moments.

In what seems to be a non-traditional build, this church located in Shizuoka, Japan was made of wooden slats and without any windows. Sunlight streams in from the top through the open roof and creates various shadows throughout the day.

Am I the only one that feels like the after party dresses are sometimes better than the ones at the actual event?

Boy, can I be a tough critic when a new single comes out! At first listen, my thought was “It ain’t no ‘Burnin’ Up.” But then reality set in and I realized I’ve listened to this song on repeat for the entire day. It is, in fact, a very strong comeback from the brothers and in its very own unique way, it is a bop! I have no idea what the music video is about, but it doesn’t matter. The brothers featured their three wives/partners in it and it wasn’t weird in the slightest. It was actually quite endearing and we almost wanted more?

Who steals the show? Sophie, by miles. Priyanka does her same old schtick that we’ve seen in everything that she does with Nick now, but Sophie was the superstar here. Why? Because she’s a complete weirdo! Her top three moments:

On another note, it’s also quite refreshing to see Danielle, Kevin’s wife! Their relationship has always been so sweet to me because they met organically while on a family vacation and she was a non-celebrity. Though it wasn’t popular, I thoroughly enjoyed their short-lived reality show.

We’ve been a longtime Nick Jonas fan, but the vocals award goes to Joe in “Sucker.” His part clearly stands out above the rest. This is a strong debut for a group that I thought would never return to music as a band, but it makes me excited for what’s to come. I’ve already agreed with one of my best friends that we are definitely headed to their tour. How powerful a single can be…

As weddings continue to grow more and more expensive, the rise in elopements among my friends are increasing. Personally, two of my closest friends have already opted for very small weddings with a third confessing to me that she’d elope just last week. When you watch a wedding video like this though, it’s not hard to see why this route is attractive. There is so much to love in a wedding video like this one – stunning views of Santorini and the most beautiful slip wedding dress I’ve ever seen.

[Chris and Ruth] did an amazing job with this one.

This all white look is absolute perfection. For all of their wedding details and more, click here for their feature on [Green Wedding Shoes.] 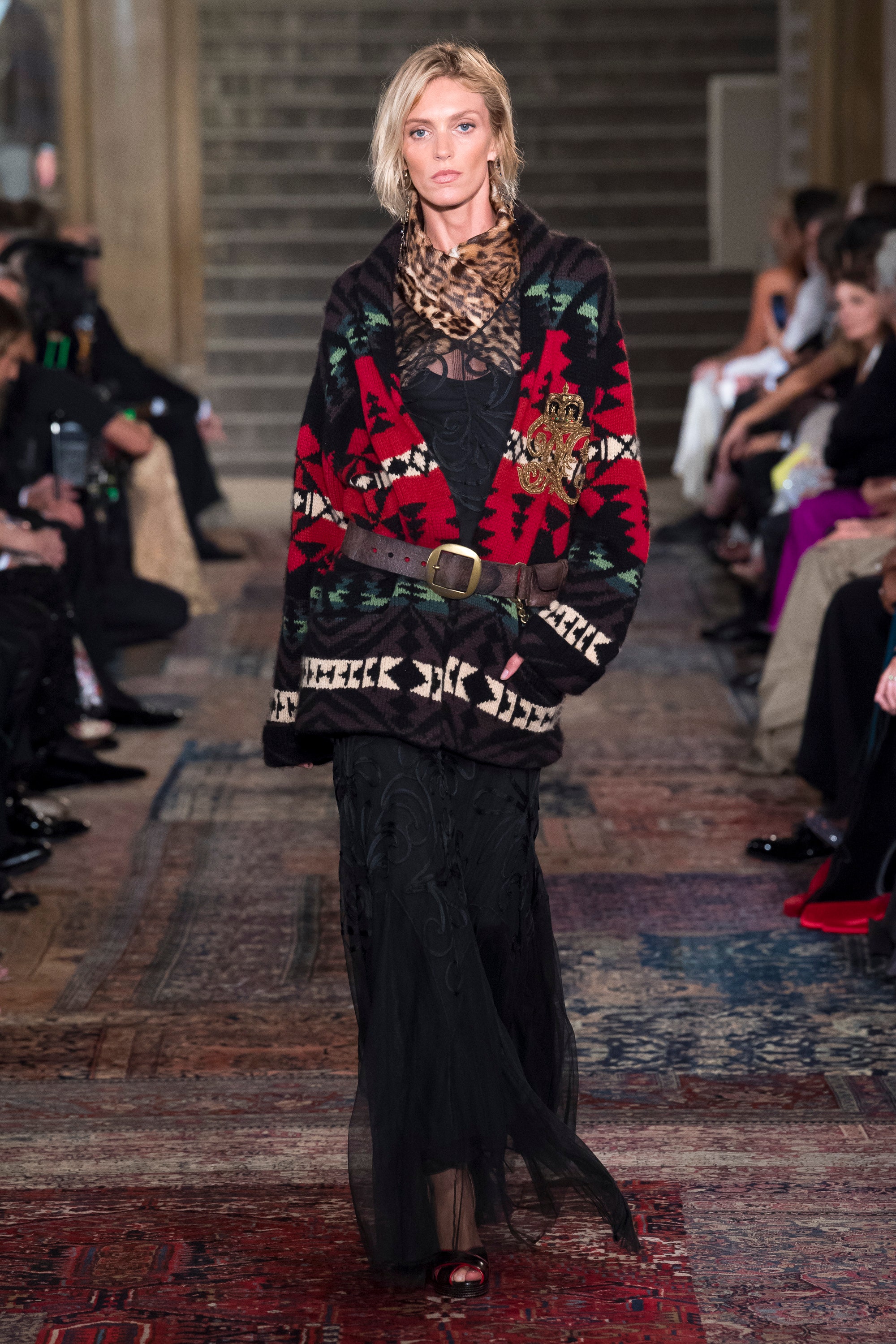 We interrupt our Spring 2019 RTW coverage for Fall 2018 RTW with Ralph Lauren and their 50th anniversary!

I think I just caught myself drooling over this collection. I knew it was good, but I didn’t know it was going to be THIS good. For everyone that posted about this show on Instagram, I’m sure those photos didn’t even do this showing justice.